As I'm sure you've heard, we had terrible weather in Southern Indiana last Friday. Massive tornadoes destroyed many homes and other buildings and virtually wiped out a few towns. Many people lost everything they had, a school was demolished and the destruction was everywhere.  What you might not know is that Fireman is part of our District 4 Task Force so he was deployed to help.  They spent a couple of days and nights doing whatever they could to help the citizens start to repair and replace what they had lost.  Thankfully, many, many other towns sent help as well, so District 4 Task Force was sent home today.  Fireman arrived home this afternoon hungry and tired so I decided to make him a nice comforting meal.  He loves biscuits and sausage gravy but I gave up meat for Lent so the dilemma began !  I remembered seeing a recipe that used mushrooms instead of sausage and was intrigued.  I found the recipe I was looking for over at The Chubby Vegetarian.  I had picked up some baby bella mushrooms at the store Friday and hadn't decided how to use them until today.  If you love sausage gravy but are trying to eat better (after all it is National Nutrition Month!!), you should try this recipe.  I love mushrooms but Fireman isn't generally all that thrilled about them.  I was a tad on the worried side about trying this recipe but he ended up eating 4 whole biscuits smothered in this amazing gravy.  I'd say it's a winner!!

I served this with fried (gasp!!) potatoes and orange juice but scrambled eggs would also be great with this meal.  I have modified this recipe to meet my taste but am guessing, aside from texture, the gravy's taste remains the same.

Very finely chop mushrooms and onion.  Saute over medium-high heat in olive oil until the mushrooms begin to brown and the onion is tender.  Add the sage, pepper flakes, cloves, soy sauce, maple syrup and hot sauce.  Cook for 1-2 minutes.  Sprinkle flour over mushroom mixture and stir to coat.  Cook for a few minutes to get rid of the raw flour taste.  Slowly add the milk, stirring constantly. ( Start with the lesser amount of milk, you can always add more if the gravy gets too thick).  Bring to a boil, reduce heat and simmer until desired thickness.  Serve over freshly baked biscuits of your choice with salt and pepper to taste.

Email ThisBlogThis!Share to TwitterShare to FacebookShare to Pinterest
Labels: Recipes 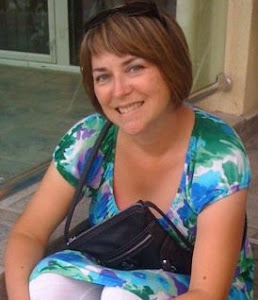 Angie
Thank you for stopping by my blog! I write about what I know: Nutrition, Food, Travel and Fun!! I am a Registered Dietitian and I have the best job in the world as a Nutrition Educator for a local school corporation. I get to teach kids to make healthy food and lifestyle choices that will last them a life time!